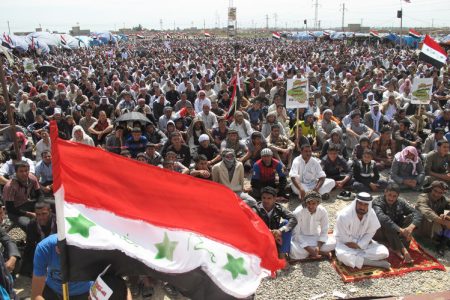 AL-HAWIJAH, Iraq—A decade after U.S.-led forces overthrew Saddam Hussein’s regime, some of his associates and followers have banded together with other Sunni groups to launch the most substantial bid for Sunni power since the strongman’s downfall.

Radicals such as Saad Sami al-Obeidi want to bring an end to the political system established in the years after U.S.-led ground forces first rolled into Baghdad on April 9, 2003, and paved the way for a fragile pan-sectarian democracy.